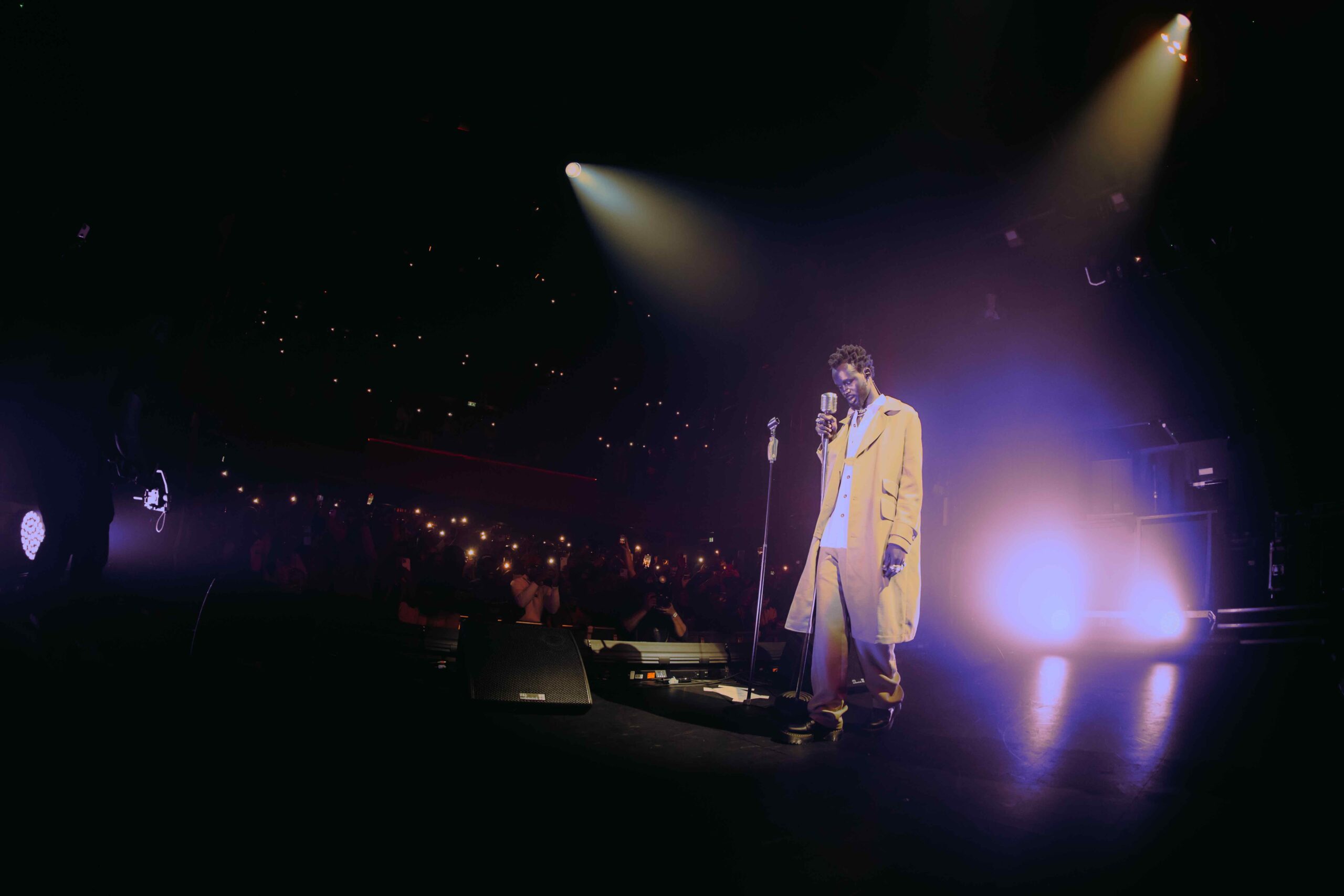 History was made at KOKO on Friday (18th) November by the 20-year-old Ghanaian artist, Black Sherif who put on an unforgettable performance for a sold-out room in Camden. Not only was it his first headline show in London, but it was also his first-ever show, ever… which was hard for anyone in the room to believe. Blacko – dressed head to toe in Labrum – opened by telling the crowd where he’s from, Konongo Zongo in Ghana, he states “even people in Ghana don’t know where Konongo is” with his infectious grin and husky voice, he went on to dedicate the entire performance to his birthplace.

Blacko has had a career-making year with the release of his 14-track debut album, The Villian I Never Was dropping in October with little to no warning from the artist who has clearly got a long future ahead of him. Still, so early in his career, Blacko already possesses a track for every occasion and the numbers don’t lie with him having over 1 million monthly listeners on Spotify and over 1 million followers on IG alone. He is certainly having his moment in the spotlight and with the majority of his monthly listeners being located in London, there is nowhere better for Blacko to perform his first-ever headline show.

With Manny Norte as his DJ, Blacko delivered a seasoned-vet show to a sold-out crowd that hung on to every single word. Blacko’s voice is his prized possession and he gave us a pitch-perfect performance that had a depth of energy, emotion and grit. Shortly after 8:30pm the lights in KOKO were dimmed and he appeared onstage to a raucous cheer from the crowd. ‘Soja’ came earlier on in the show, with Blacko marching around the stage confidently and with swagger along to the beat. The other stand-out tracks include; “Homeless”, “Wasteman”, “Toxic Love City,” “Oil In My Head” and Jae5 produced “45”, to name a few. His hybrid fusion of Highlife, Reggae, and Drill all come to life with a special moment for “Don’t Forget Me” for which he used a vintage mic to perform as his powerful voice belted out ‘Let’s make some memories’ to a London production Reggae anthem.

The special guests were kicked off by Victony who performed a number of songs including his hit “Holy Father’” followed by Darkoo who performed two songs including her and Blacko’s single, “Always”. The pinnacle point of the show being held for the surprise performance from Burna Boy on the international hit, the “Second Sermon” remix. The bond between the two was clear, with Blacko telling the crowd about the moment he got the call from Burna.

Ending the show with his viral hit “Kwaku The Traveller” Blacko performed the entire song acapella before wheeling it up just one last time. Black Sherif choose London for his first show and London will be forever grateful.

Konongo is well and truly on the musical map.